Here’s to Two Years of Success at Intelak!

Two years ago, dozens of teams of young innovators and entrepreneurs were huddling together, exploring ways to enhance the aviation, travel and tourism industry ahead of the submission deadline for a new startup competition.

All around Dubai and the UAE, they were putting the final touches on their applications for the inaugural round of Intelak, the region’s first aviation and travel-focused startup incubator.

Since then, 16 teams have been selected by Intelak over four rounds, in a competition process that has not only helped accelerate innovative ideas from 16 winning teams, but also fueled the local startup and entrepreneurial ecosystem.

Intelak is jointly led by the Emirates Group, GE and Dubai Tourism & Commerce Marketing (DTCM). They provide financial support, including the AED 50,000 seed money awarded to the four winners of each round, as well as tailored technical training and mentorship during the program.

Today, Intelak and its principal partners brought together members of Dubai’s innovation ecosystem to celebrate the second anniversary of the incubator. At the same time, the four winning teams of the fourth and most recent cohort were announced.

“Innovation is the energy that fuels economic growth and prosperity,” said His Highness Sheikh Ahmed Bin Saeed Al Maktoum, Chairman and Chief Executive Emirates Airline and Group. “In its first two years of operations, Intelak has already played an important role in nurturing innovators and entrepreneurs with an aim to redefine the travel, tourism and aviation industries.”

The winners of the Fourth Cohort are:

UIQT Inc., which is developing a travel booking platform that determines user preferences in order to make suggestions for tours booked by people with similar preferences.
Airspace is developing ‘Blockbook’, which aims to use blockchain technology to enable seamless verification and validation of aircraft records for maintenance operations.
16Trips is an educational travel marketplace that connects young travelers and students with educational-experience providers and opinion leaders to build unique travel experiences.
Travezy is developing an inventory-led travel model based on blockchain and will offer Travezy Flash sales and Club Travezy memberships for travelers.
As with all Intelak winners, these four startups will receive AED 50,000 in seed money, and will now begin three months of incubator support at hosting partner DTEC. They also will receive a wide range of trainings and mentorship during the incubator period from GE, the Emirates Group and Dubai Tourism, as well as other experts from the entrepreneurial ecosystem in Dubai.

Over the course of the first four Intelak cohorts, the program has received applications from more than 1000 teams. The success rate for the finalists completing the three-month incubator program is 75%, with one of them, Dubz, being acquired by the Emirates Group.

For Cohort 3, It Was a Sandy Road, But Four New Startups Are Now Flying

Second ‘Squadron’ of Aviation Startups Is Ready for Takeoff 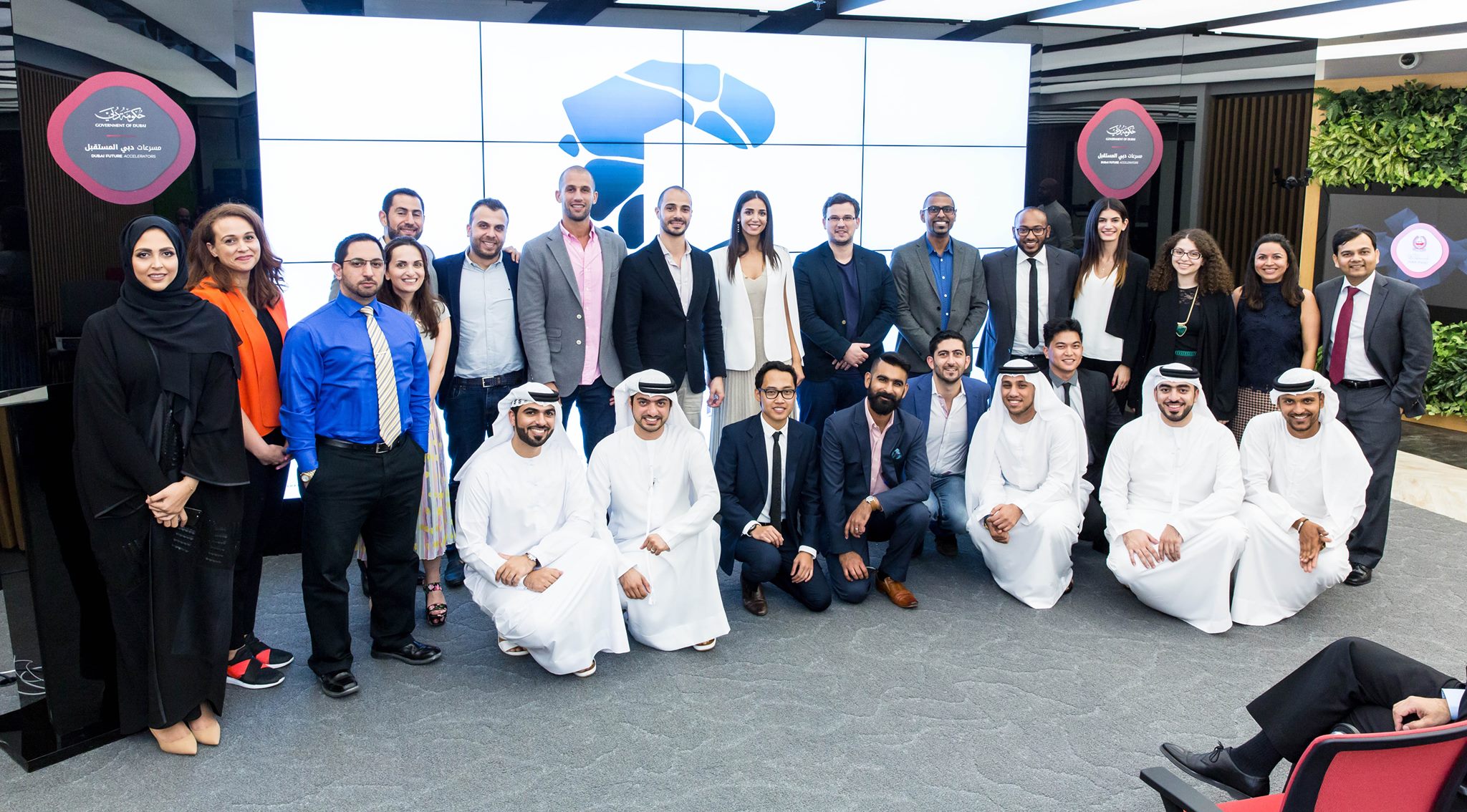